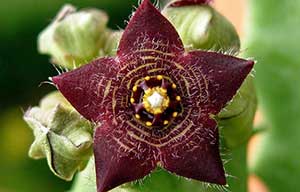 There is also a growing body of evidence to suggest it may also be useful for preventing cardiovascular disease and diabetes, so caralluma fimbriata is certainly an ingredient to consider taking regularly

There are many branded supplements available in many different countries. The most popular and best (in our opinion) is Caralluma Fimbriata Pure from Evolution Slimming.

Evolution Slimming are arguably the best known stockists of diet and health products with an extremely loyal customer base.

Their product is made from 500mg of pure ingredient.

What is Caralluma fimbriata?

Caralluma fimbriata is a succulent plant that is believed to be native to India, but can now be found growing in many other parts of the world, including Africa. It is common ingredient in Indian cuisine and is often included in chutneys and pickles, but its use as a food might possibly be predated by its use as an appetite suppressant because Indian tribes used to chew chunks of caralluma fimbriata to prevent them from being distracted by hunger pangs during extended hunting trips. 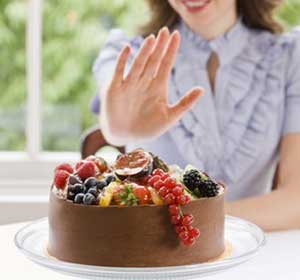 Caralluma fimbriata contains a number of bioactive compounds that contribute to weight loss, but pregnane glycosides are believed to be the ones that provide the plant with its appetite suppressing abilities. This is achieved thanks to the compound’s ability to regulate grelin synthesis.

Grelin in a hunger hormone that is released in the stomach and signals the brain to trigger hunger pangs, so any compound that can interfere with grelin production, and prevent the subsequent triggering process, offers obvious benefits.

Fighting the desire to fill the stomach with food is one of the hardest things any dieter has to do. A nagging stomach can be a powerfully persuasive thing and many people do not have the sheer force of will that is required to ignore it. And that is, of course, the reason why appetite suppressants continue to be such a useful tool in the fight against obesity.

In one study, conducted at St John’s National Academy of Health Sciences in Bangalore, India, the researchers put the appetite suppressing abilities of caralluma fimbriata to the test.
The researchers recruited 50 men and women (aged 25 to 60 years) who had a body mass index (BMI) that exceeded 25kg/m2. Some of the volunteers were given caralluma fimbriata extract (1g) the others received a placebo. The study period lasted for 60 days and all the parties involved were given the same recommendations about diet and levels of physical exercise.

As the study progressed the researchers noted a considerable decrease in appetite and waist circumference in the caralluma fimbriata group that far exceeded that of the placebo group. The researchers concluded: “Caralluma extract appears to suppress appetite, and reduce waist circumference when compared to placebo over a 2 month period.”
Another randomised, double blind placebo controlled clinical trial was conducted at the College of Health and Biomedicine at Victoria University, in Melbourne, Australia, and the results were equally supportive of caralluma fimbriata’s abilities as a weight loss provider.
On this occasion the study group consisted of 43 adults aged 29 to 59-years-old. All of them had a BMI that was greater than 25 kg/m2 and the study lasted for a total of 12 weeks. One group received caralluma fimbriata (500mg), twice per day, and the other group was given a placebo.

As with the other study, the group that received the supplement showed a decline in waist circumference and waist to hip ratio was also greatly improved. This was accompanied by a decrease in BMI. After examining all the relevant data the researchers concluded: “Supplementation with C. fimbriata extract whilst controlling overall dietary intake and physical activity may potentially play a role in curbing central obesity.” 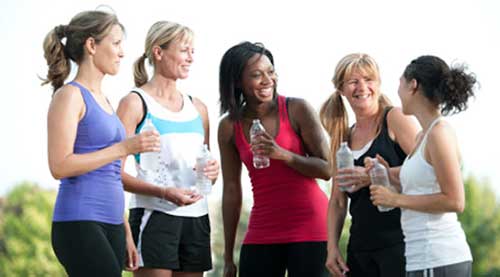 Dosage, Health Issues, and Other Considerations

At the present moment in time no guidelines have been set to suggest the most effective dose for weight loss, so the amount of caralluma fimbriata provided can vary considerably from one blend to the next. On the one hand this could be an issue because if the amount of Caralluma fimbriata provided is too low results may suffer, but on the other hand the ingredient has not been linked to side effects so formulations that provide higher level doses are unlikely to present issue. However, as a matter of caution, pregnant or nursing mothers are advised to avoid using any form of dietary supplement that has not been approved by their doctor. The same advice is offered to people who are taking medications or have any existing health issues or concerns.

Caralluma fimbriata is refreshingly different from many other diet pill favourites because the claims made for its appetite suppressing powers can be upheld by scientific evidence. Unfortunately a powerful ingredient does not always make for a powerful product. Poor blending techniques and/or insufficient inclusion rates can limit the potential of even the best ingredients, so caralluma fimbriata-products should only be considered if they are produced by a reputable company that has a good track record for producing quality products.