Bearing in mind the fact that they contain Prickly Pear, we can only presume Optislim XL Prickly Pear Tablets are designed to functions as a weight management supplement—probably a fat binder, an appetite suppressant, or both.

We were only able to find two online stores that still listed the product and both of them supplied nothing more than a picture of the bottle and a price tag.

Presumably the pages contained product information at some time in the past, but both stores had the product marked out of stock and this probably suggests they have dropped the product or that it has been discontinued by the manufacturer.

Although the name suggests Prickly pear is the main ingredient, the fact that it has been given top-billing does not necessarily mean it is the only active ingredient and we were unable to find any information about how much Prickly Pear the tablets contain. 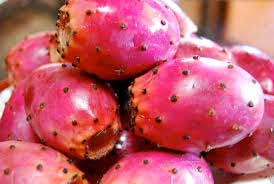 Also sometimes called Indian Fig, Prickly Pear has a long history of use as a an appetite suppressant. It is derived from a species of cactus (opuntia Ficus-Indica) and hundreds of years ago Indian tribesmen used to cut it into bite-size chunks and then chew on it during long hunting trips because it suppressed their appetites and prevented them from being distracted by feelings of hunger. However, the results of a number of modern-day scientific studies reveal Prickly Pear can further assist weight loss by acting as a fat blocker.

Fat is a high energy food. A single gram of fat provides 9 calories, whereas the same amount of protein or carbohydrate provides just 4 calories. Prickly pear appears to have the ability to prevent dietary fat from being absorbed in the normal manner, causing it to pass through the body without being digested or releasing any calories.

For the purposes of one 45-day double-blind, randomized, placebo-controlled, crossover study, the researchers recruited 20 healthy volunteers. All of them were provided with similar meals that ensured 35% of their energy would be provided by dietary fats. They also received two tablets, three times a day, with their main meals. The tablets contained either a placebo or prickly pear extract and the researchers monitored the fat content of the faeces of both groups (Prickly Pear + Placebo). The data showed supplementation with prickly pear increased faecal fat excretion and none of the group members reported experiencing any side effects.

This lead the researchers to conclude: “The results of our study support the hypothesis that cactus fibre helps in reducing body weight by binding to dietary fat and increasing its excretion, thus reducing dietary fat available for absorption.”

How to Take – At the time of this review, we were unable to find any information about how the product is meant to be used.

We were unable to find any customer feedback.

Once again, the fact that none of the sites that still list the product online provide any information on the product sales page is a problem because if side effects are likely to be an issue for some users they will be unaware of this until they have purchased a supply of pills. Prickly Pear is not generally associated with side effects, but the formulation may contain other ingredients that are not so benign, so the lack of information is a cause for concern. Bearing this in mind, all potential users are advised to ask a doctors advice before attempting to use Optislim XL Prickly Pear Tablets as a weight management aid.

There does not appear to be a money back guarantee.

Optislim is based in Victoria and is responsible for producing and marketing a number of other health and beauty products, including a range of meal replacement shakes and a lemon coconut 48 hour detox. The company has been trading for more than 20 years, has a good reputation, and operates an impressive website that provides dieters with product information and free diet/detox meal plans. However, the Optislim website provides no information about XL Prickly Pear tablets. Not so much as a passing nod. This is a strong indication that XL Prickly Pear has probably been discontinued.

At the time of this review Chemist Warehouse and My Chemist were the only two online stores that appeared to be actively marketing the product. Both of sites were asking $29.99 per (90 capsule) bottle, but neither site had any pills in stock.