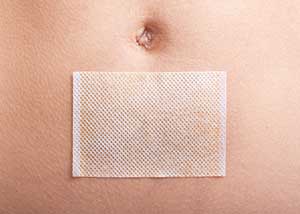 One of the best things about Slimming Patches is they offer wearers a good way to lose weight with the minimum amount of fuss.

All you have to do is place one onto a clean area of skin and then replace it with a new one 24 hours later.

The active ingredients are absorbed through the skin. How simple is that?

Unfortunately, researchers at opposing sides of the world are determined to complicate matters by trying to develop slimming patches that embed large numbers of micro-needles into the flesh and cause white body fat to turn brown.

Which slimming patches are most effective – click to find out

The Fat That Burns Fat

When people eat more calories than their body needs, the body stores it as white adipose tissue (fat) and, although a little fat is necessary for good health, when people become overweight all that extra body fat can lead to cardiovascular issues and other health problems. It’s not good.

Brown adipose tissue is often considered to be good fat because it has the ability to burn extra calories.

Brown adipose tissue is abundant in babies. It helps keep them warm, but levels of brown fat decrease with age and adults don’t have much at all.

The idea of swapping one kind of fat for a better one that may burn extra calories and cause an energy shortage that forces the body to burn fat sounds nice, but embedding micro-needles in the skin does not, and a system such as this is unlikely to offer dieters the same level of support as normal slimming patches. 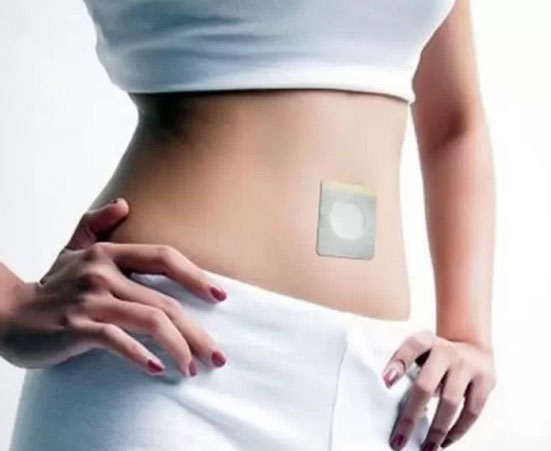 The Power of Skin Absorption

Skin absorption may not sound like an efficient way to get something into the blood, but it is and it works particularly well with the weight loss ingredients that are normally used in diet pills.

Think about it. How long have nicotine patches been around? It’s a long time. They work by skin absorption and doctors in many countries actively encourage their patients to use such patches to wean themselves off dangerous tobacco products.

In some countries, including Australia, the US and the UK, it’s even possible to get nicotine patches on prescription or via the smoking cessation programs run by some pharmacies. If nicotine can be absorbed through the skin, and obviously it can, other compounds can be delivered to the body in the same way.

Slimming patches even have an edge that diet capsules and tablets do not have. The fact that the ingredients are delivered through the skin means they are not subjected to the powerful digestive enzymes the body uses to break down food.

The best slimming patches are so good more than 95% of the ingredient’s natural potency is maintained and no micro-needles are needed.

A Different Approach to Weight Loss

On Thursday, December 28th, 2017, researchers at Nanyang Technological University in Singapore announced they’d developed a skin path that delivers anti-obesity drugs to the body with a lower risk of side effect than that associated with the same drugs (including a thyroid hormone derivative) when they are administered via injection or swallowed in a pill.

However, there are similarities with an injection because the ingredients are housed in hundreds of micro-needles that embed in the skin when the slimming patch is applied and the degrade in a manner that feeds the white adipose tissue below the skin a drug that causes it to turn brown.

Researchers at Columbia University Medical Center in New York are working on something similar. The needles deliver nanoparticles that change the fat near the patch application area and, when details of the project hit the news in September 2017, it sparked a lot of interest.

Both micro-needle patches have been tested on mice. The researchers in Singapore say their patch helped the mice to burn 30% of their body fat in a month.

Over in New York, the researchers say the mice they tested the patch on showed a 20% reduction in body fat on the side of the body where the patch was applied.

Although both teams of researchers appear to have developed slimming patches that work for mice, the thought of embedding numerous micro-needles in the skin is rather unpleasant and could be seen as being unnecessary when skin absorption is known to be such an effective way to get ingredients into the body.

There have been no human trials as yet and there is no way to know if either of the experimental patches will work in the same way for humans as they do for mice. Or to definitively say there will be no risks involved. 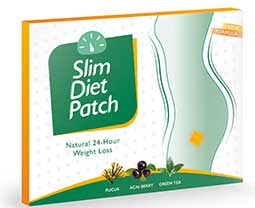 Even if the patches prove to work well for humans and are approved for use by the FDA and other similar governmental bodies, they are unlikely to offer dieters the same level of support, or work as well, as Bauer Nutrition’s Slim Diet Patch, which comes with a 60-day money back guarantee and is currently rated the no.1 diet patch in the world.

Click here to read more about the Slim Diet Patch