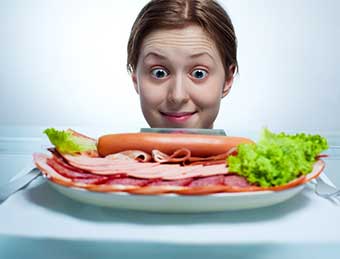 The human hormones have a lot to answer for, as anyone who suffered from teenage acne will recall, and one hormone called grelin can be a lifelong problem for some people because it’s the hunger hormone.

To make matters worse, if you try and diet your body is likely to produce more grelin than normal. However, a new anti-obesity procedure called Bariatric Arterial Embolization may enable dieters to control their hunger by limiting the amount of grelin the body produces.

Most of the body’s grelin is manufactured in the stomach. The new procedure, which has been developed by scientists at John Hopkins University in Baltimore, USA, targets the area of the stomach that is responsible for grelin production and restricts the hormone production rate. 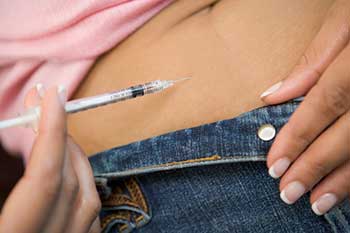 The scientists at John Hopkins say Bariatric Arterial Embolization is a “minimally invasive” and safe way for people to get to grips with their appetite and lose weight.

This may be true if you compare it to gastric band surgery or some of the other more intense weight loss options that are often used a last resort, but the procedure still does not sound particularly pleasant.

Microscopic beads are injected into the body via a small catheter that is inserted into an incision in the wrist or groin.

For the purposes of an early trial, the scientists at John Hopkins gathered together a group of seven severely obese individuals. They were all aged 31-50, had a BMI of 40-50, and were in generally good health, despite their weight problems. The group contained only one man.

The scientists kept records of the group’s grelin levels, the degree of hunger they were experiencing, and their weight loss. They also monitored for negative issues.

After three months the average grelin reduction was 17.5% and the questionnaires completed by the group suggested their hunger was reduced by 26%. That’s non-too shabby, but it does not compare well to the second week of the study because the average hunger reduction then was 81%.

Expert Opinion  – Dr Clifford Weiss, Director of Interventional Radiology Research at Johns Hopkins University is very confident about the procedure. “These early results demonstrate that bariatric arterial embolization is safe and appears to be effective in helping patients lose a significant amount of weight in a short and intermediate term,” he said and added how excited he and his team were about the prospect of providing doctors with “another tool” to use in the battle against obesity.

Although most of the recent research into the potential of Bariatric Arterial Embolization has been carried out at John Hopkins, researchers at the Mount Sinai Health System in New York are also carrying out studies. However, it is likely that it will be quite some time before people who are severely overweight will be offered the treatment by their GP. Further study is required, involving a larger quantity of people.

Obesity is on the rise worldwide, placing a toll on the health of the people involved and adding a further burden to an already overly-stretched medical services. One of the saddest things is many overweight people genuinely want to shed their excess pounds and get into shape, but find it hard to make the lifestyle changes that are necessary for dietary success.

If future studies confirm Bariatric Arterial Embolization can offer safe weight loss it, and it is approved for use, it could help a lot of people and provide a less unpleasant alternative to gastric band surgery, but the treatment is likely to be restricted to those who have a BMI of 30 or more, so diet pills, shakes, and drops are likely to remain in demand.