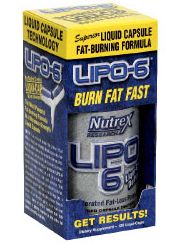 Lipo 6 is a fat burning supplement manufactured in the USA by Nutrex Research Ltd.

The product is available to buy online from several independent retailers, but UK customers will probably find Amazon the best place to purchase from because many alternative sites stock Lipo 6 product variations in preference to the original product.

According to the manufacturers, Lipo 6 is a powerful,  fast acting weight loss solution that was voted “Fat Loss Product of the Year for four consecutive years (2005 – 2008), but they fail to elaborate on which body was responsible for providing this award.

Also available from Nutrex is Lipo 6 Black and Ultra Concentrate – although the ingredients may vary our opinion is virtually identical across the range.

What is Lipo 6 and How Does it Work?

Lipo 6 is manufactured in capsule form. The capsules contain a blend of several pharmaceutical strength ingredients that have been blended into a fat burning liquid, with the idea that, once the outer casing of the capsule has melted, the liquid centre will be absorbed into the body much faster than if the blend had been made in a standard hard tablet form.

The recommended dose is two “liquid-caps” at breakfast, followed by two more in the afternoon, and the effects of the capsules last for up to five hours, so the manufacturers advise leaving five to six hours between doses. New users are also advised to begin with a reduced dosage:

After eight weeks use of the product should be discontinued for a period of one to two weeks, after which normal usage may be resumed.

The Nutrex website contains an impressive number of five star reviews for this product—so no surprise there. A few Independent reviews are also available, but these are a pretty mixed bag.

Some customers are very happy with the results:

“This product is good, helped my slimming program with a reduced calories diet, I really liked this product because it is good.”

Others report a very different experience:

“It did absolutely NOTHING!!! I took it as directed, changed my diet, exercise plan and I think that this actually stimulated my appetite!”

While still others are happy with the results, but complain about the side effects:

“Really effective but gave me badd baddd anxiety. My heart would straight race for hours.”

Side Effects and Known Health Issues

The label on the bottle suggests a consultation with a doctor before use. This seems like good advice because several of the ingredients are known to cause worrying and potentially dangerous side effects in some people, and may also react badly when used In conjunction with some medications.  Needless to say, this product should be avoided by pregnant and nursing mothers.

Although the product has never been tested, it seems likely this formulation may provide some weight loss benefits to the majority of users, if the product is used in conjunction with an existing weight management plan that includes regular exercise and a calorie controlled diet.

But the resultant health issues attributed to some of the ingredients means the potential negative aspects related to the use of this product far outweigh any possible benefits, so Lipo 6 is not a recommended product.

Safer alternatives are available that will, in many cases, provide superior results, but without any danger to the health. The possible risks involved with the use of Lipo6 are far too great and the consumer is advised to look elsewhere.

Where To Buy Lipo 6

Can be ordered directly from the official website as well as several third party and independent websites.

Our Choice Of Diet Pills 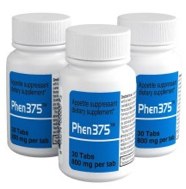 We highly recommend Phen375 – a natural fat burner that can also reduce appetite.

Phen375 is very much an ‘everywoman product with no real emphasis on body building or extreme workouts.

If you want to lose a few KG per week then this is the diet pill for you.