Advantrim is a fat burner manufactured by Newton-Everett Biotech. It comes in capsule form and can be bought from a variety of online retailers and also from the Amazon marketplace.

The capsules can also be bought from some stores; so many buying options are available.

The product is aimed at men and women who wish to lose weight and the manufacturers proclaim its uniqueness in no uncertain terms:

“Advantrim is the only fat burning supplement that utilizes a thermogenic compound to speed up the breakdown of fat, raise your metabolic rate and aid with appetite control.”

It all sounds very good, but there is nothing new or unique here, many other supplements use thermogenic compounds for exactly the same reasons, so as far as promises go this one is pretty old hat.

What Is Advantrim and How Does It Work?

The manufacturers make four main promises for their product: 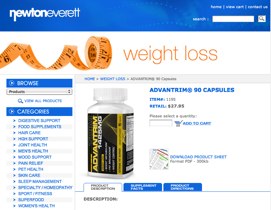 The recommended dose is two capsules before breakfast—or prior to any morning exercise routine—followed by two more capsules in the mid afternoon.

It is also stressed that the capsules are not suitable for evening use because they contain high levels of stimulants that may interfere with normal sleep.

The manufacturers further recommend that the normal dose be halved for the first seven days, in order to ascertain any side effects related to the formulation.

Advantrim contains a rather long list of ingredients, some of which enjoy a good reputation for encouraging weight loss, but it has to be noted that the formulation contains a significant amount of stimulants, which may cause problems for some users.

The blend gets most of its supposed power from Advantra Z.

This is a legal alternative to ephedrine—which used to be a popular ingredient in weight loss supplements, but caused an alarming amount of side effects that resulted in it becoming a banned substance. 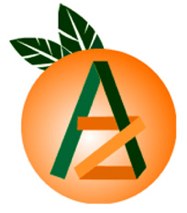 Advantra Z contains citrus alkaloids, which may assist fat metabolism, but it is also a source of synephrine and can have some extremely worrying side effects.

Advantra Z remains a legal ingredient at this point, but the many issues related to its use may eventually see it following in the footsteps of the ingredient it was designed to replace.

The manufacturers seem to be the only people who have anything good to say about this product and that says a lot.

There has been no media exposure, no celebrities have stepped forward to carry the Advantrim flag, and there are no independent reviews available.

This is particularly surprising for a product that is available on Amazon, but perhaps people feel that if they have nothing nice to say it may be better to say nothing at all.

Side Effects and Health Issues

Pregnant and nursing mothers are advised to avoid this product. It is further recommended that all other potential users seek medical advice before using Advantrim because several of the ingredients have known issues relating to their use.

Advantrim is readily available from a variety of sources, but the product has failed to generate any customer feedback. It is true to say that nobody is saying anything bad about the product, but if it is half as good as the manufacturers claim someone should have been impressed enough to want to sing its praises.

The capsules have not been tested, so there is no proof that they will do any of the things that are claimed for them.

A few of the ingredients such as yerba mate and green tea may offer some weight loss benefits, but they can be found in many other blends that are less likely to cause side effects or other problems.

Don’t believe the hype, there is nothing ground-breaking about this product and nothing to say it will offer any benefits at all. There are, however, known issues with some of the ingredients, so Advantrim is not a recommended product, and the consumer is advised to look elsewhere.

Can be purchased from several online retailers but surprisingly Advantrim does not appear to have an official website.

Diet Pills That Are Recommended 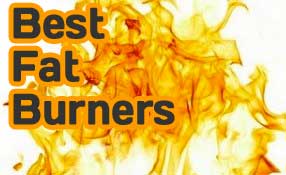 There are several consumer fat burners that we recommend over and above Advantrim. Phen375 heads the tops of a very competitive list.

Phen375 is capable of both suppressing appetite and burning excess body fat. The testimonials on the official website are written by ordinary people rather than the celebrity endorsed.