Dexaprine XR is diet pill designed with the hardened bodybuilder in mind.

However, Dexaprine XR may prove to be a little too hardcore for some users and although there are no restrictions on its distribution within the USA, and many other countries, the serious nature of the health risks the formulation can present has caused the product to be banned in the Netherlands and Britain. The pills are manufactured by iForce Nutrition, and the company is a former Bodybuilding.com Supplement Company of the Month, but they also have a history of producing products that contain questionable ingredients.

In 2010 the company issued a voluntary recall of one of its products after the FDA discovered the formulation contained an aromatase inhibitor that is not suitable for use as a supplement ingredient and can cause nasty side effects including decreased sperm production and inhibited bone growth. Dexaprine XR’s predecessor (Dexaprine) also presented issue. It contained the dangerous ingredient DMAA,and the present ban on Dexaprine XR in the Netherlands resulted from an investigation that revealed the product contains a “cocktail of synthetic stimulants”.

What is Dexaprine XR and How Does it Work?

Dexaprine XR appears to be designed to speed up the metabolism, and encourage the burning of body fat as an energy source, while also providing appetite suppression. If the promises of extra energy hold good, along with the alleged improved concentration, the formulation should help the target user group (bodybuilders) to give it their all in the gym.

This combination of blends within a blend provides undisclosed amounts of the following six ingredients:

Usage Guidelines – One capsule is required at breakfast and should be taken on an empty stomach. For people who desire “extreme” results a second capsule is permissible six to eight hours later. However, two capsules should never be exceeded in any 24-hour period.

Some customer reviews suggest Dexaprine XR has the ability to live up to the manufacturer’s claims. Others affirm the potentially dangerous nature of the product.

“A top fat burner that gets you revved up and ready to go so you can give it your all in the gym. Helps you train harder and burns the fat away like nobody’s business.”
“I only took Dexaprine XR for a few days. The pills made me feel very agitated and made me snap at the wife and kids. I didn’t feel so hungry while I was taking the pills, but I’m sure there are better options.”
“The best fat burner I have ever used. Dexaprine XR helps me get lean and mean when I am prepping for a competition.”
“These pills made my heart race so fast I thought I would need hospital care. Once was enough. Never again.”

The risk of side effects is considered so great the product has been banned in the UK and the Netherlands. Such bans are never applied without good reason, so potential customers are advised to think twice before ordering a supply of Dexaprine XR. Reported side effects include nausea, agitation, and racing heart. There is also one report of a cardiac arrest.

Dexaprine XR is no longer available via the manufacturer’s website and many independent distributors, including Bodybuilding.com, have discontinued sales. It is still possible to make a purchase via some of the lesser known online stores, including Best Price Nutrition and the Strong Supplement Shop, and the price typically ranges from $26 to $29 per (60 capsule) bottle. 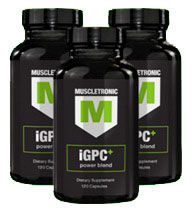 Muscletronic is a highly effective supplements that is extremely popular in countries such as Australia, United States, Canada and the UK

Muscletronic is suitable for both men and women – it can be used as a fat burner or can be used a complete workout supplement. It is ideal for helping bodybuilders with improvement by giving additional mental focus.